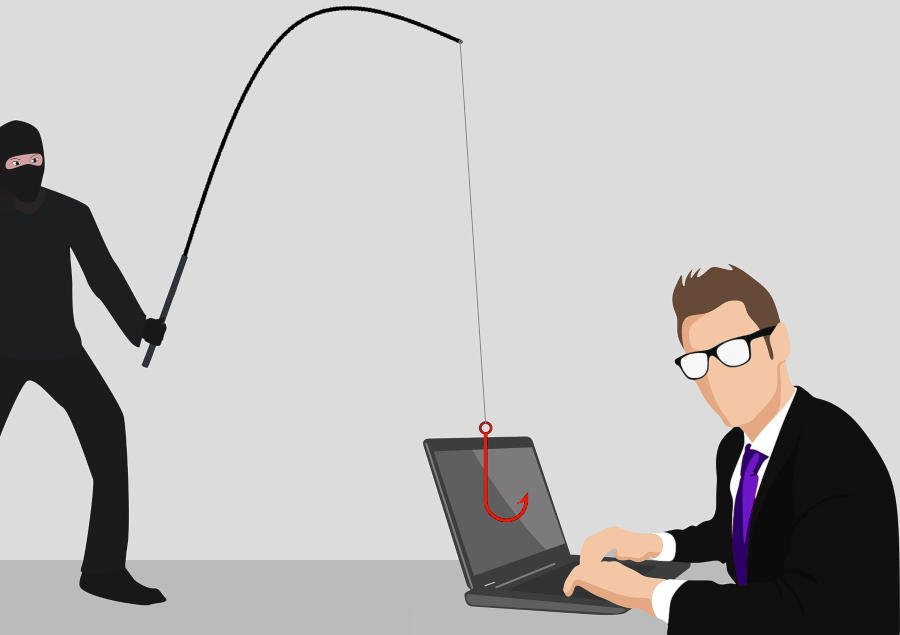 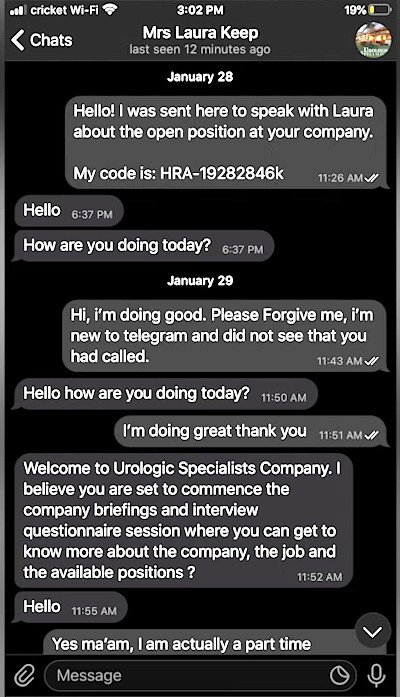 A Tulsa student looking for a career in health career found himself a cybercrime target via a fake job offer, according to a local news report.

Hunter Griffin, a 20-year-old who works as a part-time caregiver, told television station KJRH-TV that he responded to a job offer on the website Indeed.com.

“That’s all I’m trying to do, is find a job that I can survive on. That’s what I need. That was the goal.” Griffin told KJRH-TV reporter Sierra Pizarro.

The job seeker saw a listing on Indeed.com that appeared to be posted by a Tulsa medical clinic. Soon after Griffin responded, he saw a convincing text messages that seemed to be coming from the clinic.

“They did ask me about my work history,” He said. “They asked me general interview questions.”

“Laura Keep” at the other end of the interview process asked Griffin for his address, a W-4 form and copies of his ID. 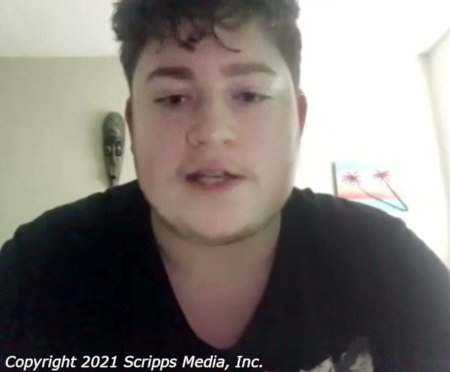 Griffin called the medical clinic on Monday morning and found out he was being scammed.

“I really needed that job,” he said.

KJRH-TV interviewed Jeff Woods, president of Realize, who expressed sympathy for this and all cybercrime victims.

“A lot of people believe this can’t happen to me,” Woods said. “It can. It can happen to anybody.”

Woods said the problem has been getting more serious for several years.

“We surveyed 10 technology leaders and found that spoofing is seen as the top email threat for 2019,” he said. ““We are not only seeing an increasing number of spear phishing attacks, but the messages are getting more sophisticated and harder to detect.”

Woods added that people looking for work during the pandemic or working from home because of the pandemic may not know cybercriminals are taking advantage of the stress everyone feels.

“Cybercriminals exploit every chance to prey on Internet users,” he said. “We are receiving numerous alerts that hackers are attempting to exploit fear from the COVID-19 outbreak. We closely monitor our client antivirus notifications, and we are available 24 hours a day, 7 days a week,” he said.

To find out more about cybercrime, please search our website.

Fake job posting may have cost multiple Tulsans their identities

Realize Information Technology, LLC provides a wide range of IT support services for businesses in the Tulsa, Oklahoma area. Services include everything from completely managed IT environments to simple one-time repair service calls.

Realize technicians will gladly work with a company’s own IT staff to supplement manpower or to bring needed expertise to the project or long-term maintenance.

This website uses cookies to improve your experience while you navigate through the website. Out of these, the cookies that are categorized as necessary are stored on your browser as they are essential for the working of basic functionalities of the website. We also use third-party cookies that help us analyze and understand how you use this website. These cookies will be stored in your browser only with your consent. You also have the option to opt-out of these cookies. But opting out of some of these cookies may affect your browsing experience.
Necessary Always Enabled

Any cookies that may not be particularly necessary for the website to function and is used specifically to collect user personal data via analytics, ads, other embedded contents are termed as non-necessary cookies. It is mandatory to procure user consent prior to running these cookies on your website.